Your Tax Refund Could Open the Door to Your New Home!

Your Refund Could Open the Door One of the silver linings to filing your income tax return is finding out that you are going to receive a refund that could literally open the door to owning a home.  If you happen to be one of these fortunate taxpayers, your next decision is what to do with it.

With the average tax refund near $3,000, it could be the ticket to buying a home sooner rather than later.  Regardless of the size of your refund, it can be used toward the down payment or closing costs of the home.

Closing costs for originating new mortgages can easily range from two to three percent of the purchase price but most lenders will allow the seller to pay part or all of them based on the agreement in the sales contract.  If you are using a VA or USDA loan, your refund could go toward paying the closing costs.

On a practical matter, if you are due a refund, have it deposited directly into your account.  It is necessary to trace the source of the funds.  Cashing a refund check and depositing the cash adds an unnecessary aging requirement.

Maybe you have the money saved for your down payment and closing costs but you have other debt that is keeping you from qualifying for a mortgage.  The IRS refund could be used to pay down that debt.  However, you need solid advice from a trusted mortgage professional before you do that.

While the average tax refund might not cover the down payment on the median price home, it certainly helps.  Your refund could make it a simple as 1-2-3 to get into a home.

The Benefits to Transferring Property Prior to Death

Transferring Property Prior to Death 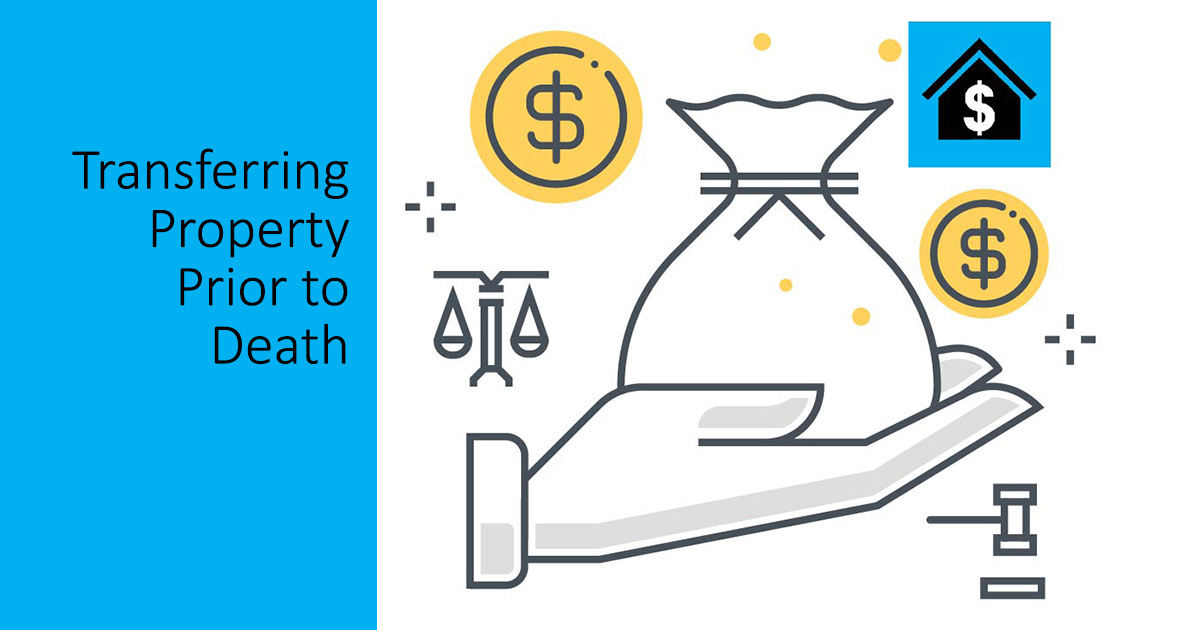 Sometimes, as people approach the inevitable, they start trying to get their things “in order”.  They may even have a will, but they decide to transfer title to real estate prior to their death which could be an unnecessary expense for the would-be heir.

Generally, when property is passed through direction of a will, the heir will receive a stepped-up basis which means that the fair market value of the property at the time of death becomes the cost basis for the heir.  If the property were sold for that fair market value, there would be no gain and no capital gains tax due.

However, if the property is gifted prior to death of the donor, along with the title to the property comes the cost basis of the property.  The transfer of title does not trigger the capital gains tax but when the property is sold, the gain is calculated by subtracting the basis from the sales price leaving a capital gain subject to tax.  In other words, the person receiving the gift does not get the stepped-up basis.

There certainly can be advantages to transferring the property prior to death.  It completes the transfer without having to wait for the death and bypasses the probate process that might be required to settle the will.  Another advantage to the donor may be to remove the property from the owner’s name which could lower the taxable estate.

Some owners may transfer title prior to death to qualify for Medicaid.  The value of the asset may make them ineligible.  It may trigger a Medicaid Transfer Penalty when the gift is made within five years and the basis of the property is less than fair market value.

Once a property is deeded to someone, the donor loses control of the asset and it cannot be reversed.  Depending on the value of the estate, there could be gift or estate tax implications.  As mentioned earlier, it may have capital gain tax consequences for the done when they dispose of the property.

Even though the mechanics of transferring title to a property is simple, there are many things to consider for both the person giving the property and the one receiving it.  Consult an attorney and tax professional to determine the best informed decision available.  There could be other alternatives that would better serve your situation.

Why Keep Track of Home Improvements 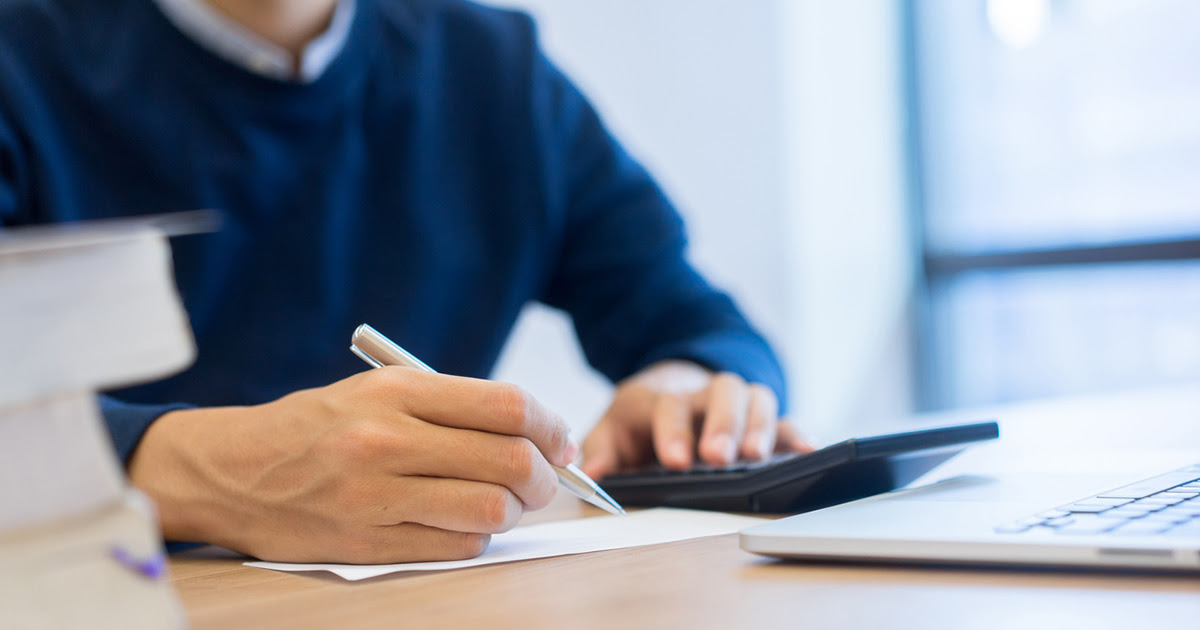 Homeowners receive a generous exclusion on the gain of their principal residence up to $250,000 for single taxpayers and $500,000 for married taxpayers filing jointly.  Most people probably consider the gain or profit in a home to be the difference between the purchase price and the sales price.

IRS allows a taxpayer to lower the sales price by the selling expenses before calculating gain.  Normal expenses like real estate commission, title policy, attorney fees, and other sales expenses may be included if they are normal and customary.

Examples could include replacing a heating or air conditioning system, storm windows, new permanent landscaping like trees or shrubs or completing an unfinished basement.  They don’t necessarily have to be high-ticket items but can include things like adding dead bolts, ceiling fans, video doorbell and other items.  For more information, see IRS Publication 523.

The total amount of the money that is spent on capital improvements increase the cost basis of the home which in turn will reduce the amount of gain when sold.  With the average person staying in a home for 10 … 12 years, the total improvements could be significant.

It is necessary to be able to prove the amount spent and for that reason, a routine should be established to keep the receipts and cancelled checks for all expenditures on their principal residence.  Even if the owner is not sure whether they qualify as an improvement, by having the receipt available at the time of sale, a tax professional can help a homeowner with the determination.

In addition to receipts and cancelled checks, a contemporaneous register listing the date, description and amount spent will provide accurate information for calculations and serve as evidence should it be needed in the future.

There is more information in the Homeowners Tax Guide that is available for download.

Is there seriously more talk of another tax credit?  Please… the last ones only prolonged the inevitable and ultimately dug our hole deeper.  The previous tax credits cost the American Tax Payers, which are mostly middle income earners, $23.5 Billion!  Out of the 1.8 Million home buyers that took advantage of the first program, 950,000 bought back in 2009 when the $6500 tax credit was in play.  If you bought during that time, and was considered a “first time home buyer”, then remember that you have to pay that money back.  The IRS designated that $500 per year to be paid back over a 13 year term.  It was basically a free loan.

Now that the tax credits are over, we have a $23.5 Billion bill and the headache gets worse.  Existing home sales are down considerably and we are heading into our typical slow period of long Winter months.  Job growth is nothing where it should be and consumers are not confident with the track that we are on.  As states continue to threaten to cut the budget; that specifically hurts markets like ours where many of our residents are state workers.  So, take your ibuprofen and drink lots of water because the headache continues.

We are entering into the middle of Summer even though we haven’t had much of a Summer thus far in the Pacific Northwest.  We finally are receiving some nice weather and people are taking advantage of that.  Sales are slumping a little since the tax credit has been ceased.  Although, we are getting reports of increased fraud.  You would think that the IRS would require a purchase contract to be submitted, along with the HUD 1, since they instituted the April 30th deadline to be under contract with a seller.  Well, they apparently don’t have any policies in place to verify that and buyers are going into contract after the April 30th deadline and still receiving the tax credit.  As a tax payer, how does that make you feel?  Hopefully they can get that under control soon and start thinking a few steps ahead.