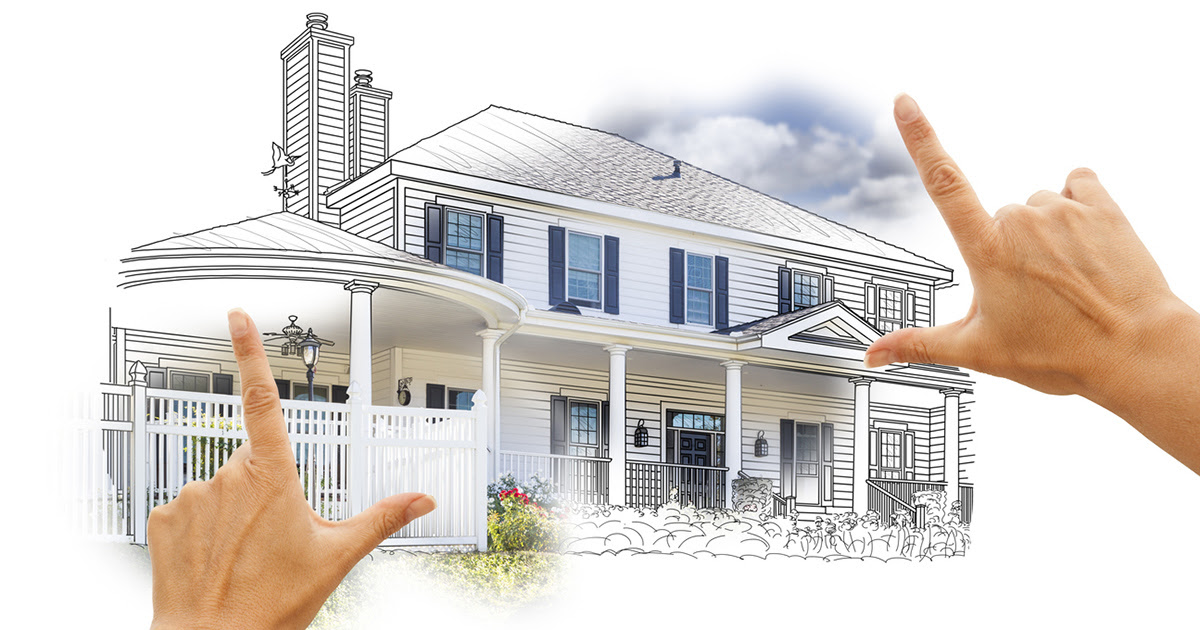 The last number of months of the new normal stay at home has led many homeowners to rethink the way they live in their home.  It has now become an office for working at home; a school for children; a gym to stay in shape; and a place for recreation.

The repurposing has people evaluating whether their home still meets their needs or if some changes are necessary.  In some cases, adult children have moved back home, and, in others, there are parents who have moved in for the first time.

Staying at home and sheltering in place is necessary but how much togetherness can one family take and how long is it going to last?  Temporary is stretching into longer than expected and even when vaccines and treatments are discovered, will things really go back to the way they were?

A home is a place to call your own; to raise your family, share with your friends and to feel safe and secure.  Covid-19 has changed the scope of feeling safe and secure at home and may now be considered a sanctuary of safety more than ever before.

Many of the chief economists in the country feel that real estate will likely lead the country out of this recession.  The housing market is experiencing low inventory and has for almost a decade.  Building has not kept up with demand and prices of existing homes have continued to go up; 8% over last year nationally.

With 30-year mortgage rates at close to 3% and prices expected to continue to rise, an investment in a home can fit your needs and show returns in satisfaction, comfort, enjoyment, and monetary value.

If you are going to be spending more time in your home for all the reasons mentioned, maybe now is the time to consider finding a home that better suits your needs. It can be done in a responsible and safe manner using an online meeting with your real estate professional.  Find out what is available and what the process entails to protect you and your family.

Is this the Bottom?

We have always said that no one will know when the bottom is until it is at least 3 to 6 months after the fact.  With the amount of dips and rises that we have seen lately, it can only leave you feeling like you just got off of the worlds best roller coaster.  The only thing the average person can do is just hang on and try not to puke.  Because just like on a roller coaster, most of the time that puke is going to hit you right in the face.

This week Congress is fighting over extending the tax cuts.  Most people agree that a compromise will be reached here very soon.  Republicans feel they have the upper hand and Democrats understand that if they don’t reach a deal, then they will be wearing the blame for a long time.  This kind of situation forces the elected to get down to business and get the job done for the American people.  This is what we need even though any compromise won’t be perfect and it won’t appease everyone.  Its just too bad that things have to get so bad before they put their own ambitions aside and remember who they are working for.

Well, this week could be the turning point for our economy.  It is understood that adding almost $900 Billion more to the deficit is continuing to dig the grave, but the confidence that this should bring to the American people should be priceless.  I personally feel that the two year extension is only adding another bandage without addressing the real problem, but it will help.  If Congress really wanted to make a difference, then they would attach strings to the tax breaks.  For example, giving tax breaks to higher income business who create jobs would be an incentive’ instead of breaking taxes for everyone without any performance.  The problem with the TARP program back in 2008 was that they just bailed the banks out without any strings.  They did not keep them accountable.  And they continue to make the same mistakes.

I do see this tax compromise a very possible turning point to our economy.  Businesses have done well the last year.  There is an estimated $2 Trillion ready to be invested in jobs, company growth, etc.  The item that we need to bring it all together is going to be CONFIDENCE.  Once that is established, then look to see our economy recover in a stable way.  It will be slow to begin with, but it will start recovering.  The only problem is that people need to plan for the future of higher taxes in every category.  The rich are not the only ones that are going to bail us out.  Everyone will be effected.  The damage has already been done.

The housing market will recover slowly after the economy recovers.  Job growth is still our largest adversary to the housing market.  The estimated amount of foreclosures in the next two years, as we have pointed out numerous times, needs to be hedged by job growth.  People need to make enough money to keep their homes as well as their spending habits.  This era of confidence just may be the start of this recovery.

Why not sell members of Congress to pay for our debt?

So here we are, the United States is almost $14 Trillion in debt.  Does anyone really have a grasp what that means?  I think most people don’t really care.  Think about it.  We continue to borrow money from other countries and does our quality of life change because of it?  Do we really end up paying that money back?  We just continue to dig our hole deeper and deeper, spending and spending.  Sooner or later the note will be called.  Look at California.  They are now in a State of Emergency.  Who will bail them out?  The answer is in the mirror unless we find another way.

This recession, and in my opinion its really not over despite what the GDP shows, has caused many people to look at their own personal debt.  Many folks have cut their spending and destroyed their credit cards so they don’t continue to dig their graves.  They realize that they can not sustain their lifestyle without having a way to pay for it.  So many people have cut back.  But not our government.  It has grown substantially over the years, but it has moved into maximum overdrive the last 2.  We have increased our government so much to protect us, but we can’t pay for it.  Now congress is fighting over taxes and ideas in how to pay for it.  After all, we are the ones to pay for their work, not them.  Well, unless we want to be owned by China.  Oops!  Too late.  I am reminded of Proverbs 22:7 which says that we are slaves to our lenders.  Why would anyone want to be a slave?  I guess you would have to believe in God’s word in order for this passage to resonate with you, but I think most people agree that if they are in debt, then they really don’t have the full freedom that they could have.

Re-enter in the United States.  We are almost $14 Trillion in debt, mostly to China who can’t stand us.  Doesn’t that seem fitting?  The CBO predicts that in 2015 we will be $17 Trillion in debt.  How will we ever pay it off?  Well, I do have an idea…

There needs to be some kind of creative way to get us out of slavery.  Why not sell every member of congress who has contributed to our debt that has not been paid off?  I understand that the majority of the voters vote them in, but we really can’t control what these people do once they are in.  This administration has bet on speculation of tax revenue for the spending that they have endured the last couple years.  Now they are arguing over those tax codes.  The lawmakers who have spent all of the money argue that the higher earning individuals should pay more.  Why should the so called “rich” have to pay for it?  The Administrations and Members of congress are the ones who spent the money.  Why don’t they pay for it?  So back to my argument.  Unless these spenders can pay for the mess they put us in, selling the ones off who increased our spending could be a viable option.  I could see someone from Dubai or China paying a really good price for Chris Dodd or even a higher price for Barney Frank.  They could really have a good time with him!  I understand that we wouldn’t get much of a return for Charlie Rangel, but anything would help.

This idea may seem a little crazy, and of course the ACLU would have issues with it, but I think it could work.  All I am saying is that it should be looked into.  It may require these spenders to think twice before they give away our hard earned money.

We opened Paramount Real Estate’s doors in December 2009.  We are excited to have so many people that believe in us and continue to support our company.  We strive to go the extra mile with the people that we come in contact with.  Paramount Real Estate Services is committed to serving all of our customers and clients with Integrity & Compassion.  These core values that we hold strongly to keep our name at the top of many people’s list when they are referring their friends and family who are planning on selling or buying their next home.  We thank you so much for your support and know that it is because of you that we have success.  We are committed to serving everyone with competent service and hard work that we have the privilege of helping out with their Real Estate needs.

If you or anyone you know is wanting the advice of a Real Estate professional in the Salem/Keizer and surrounding areas; please consider contacting Paramount Real Estate Services.  We strive to give our customers and clients the best Real Estate advice and arm them with accurate information that they need to make the right decisions for them.  We have many designations and credentials within our Brokers here at Paramount.  With the high risks of this current Real Estate market, it is critical to find someone who is professional, competent and who cares about the people they serve.

We had an amazing Grand Opening Open House last Friday with some of our closest friends and supporters.  Our friend and web designer Vin Thomas took these pictures for us.   We’re excited to be able to start this new venture in our lives.  Thank you to everyone who helps make this possible.  Your support means the world to us.  We look forward to serving all of your Real Estate needs in this difficult and volatile market.  We pride ourselves in bringing the most competent advice and hardest work ethic to make sure that we are serving our clients well with Integrity and Compassion.    http://www.flickr.com/photos/vinthomas/sets/72157623530257179/show/